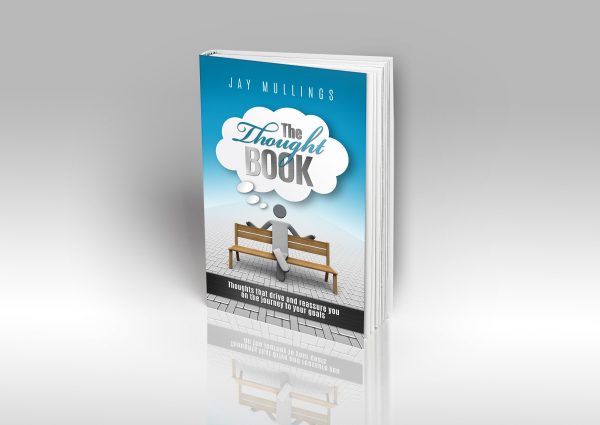 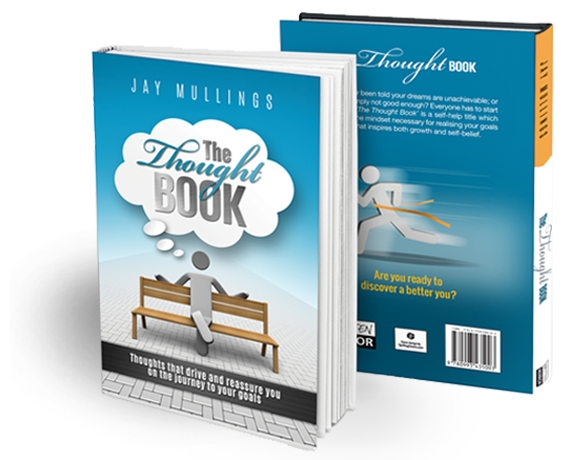 ‘The Thought Book’ is a unique self help title which encourages the mindset necessary for realising your goals and it is a guide that inspires both growth and self belief. These offerings are transferable to all walks of life and are presented in an uncomplicated manner that encourages self reflection.

Please note, there is free shipping on this product when ordering from the UK.

Jay Mullings is a talented, driven, and high-achieving man. To be painfully honest, he strikes many people as a little odd. This is not to say that he isn’t handsome and charming by conventional standards; he is. Nor is it to say that his screenwriting, which is already winning prizes, isn’t accessible and gripping; it is. But Jay has a look in his eye; that of a man who knows who and what he wants to be and where and when he’s going. He also isn’t afraid to tell you what he thinks you should be doing (which in my case is writing this foreword). People like this make you argue. Some times you agree with them. Sometimes you disagree. And sometimes they make you see things, and yourself in a different light. This book can be used to tell you about Jay, and the way he sees things. I’m not against that. I like and respect him. But there is another way to read; one that I think is better. Reading this book helps you to know and to defend yourself. Listen carefully, and then argue with Jay on the many occasions when you resent him telling you things you feel you knew already, or asserting things that can’t be true for reasons you have yet to formulate. He makes you defend yourself; he makes you remind yourself of what you know; he makes you decide the real reasons why you believe things. And this, I believe, is what the book is really for.  Dr. Ian Smith.

Jay Mullings is a London born, Jamaican bred writer. He writes with a confidence and self belief rarely seen for an emerging talent. His life experiences and personal battles have shaped his content and have certainly helped him to forge his own style. He has been described as emphatic, enigmatic and empathetic by his friends and family. Jay has won multiple screen writing awards both in London and Barcelona over the past 12 months. One of his favourite quotes that he has written to date is, “The mind is a powerful tool when married to purpose”. Jay wants to share his unique and refreshing perspective with the world, be it through his screenplays or his books.

Please note, there is free shipping on this product when ordering from the UK.

ScrapeAZon could not connect to Amazon or was otherwise unable to retrieve data from Amazon. Please check your Internet connectivity, your ScrapeAZon settings, your country code, and your shortcode configuration.

CERTAIN CONTENT THAT APPEARS ON THIS SITE COMES FROM AMAZON SERVICES LLC. THIS CONTENT IS PROVIDED 'AS IS' AND IS SUBJECT TO CHANGE OR REMOVAL AT ANY TIME.