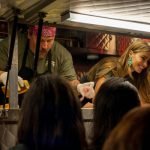 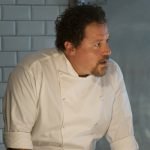 The stars of the Iron Man franchise decide to make Happy, happy. Scarlett Johansson does it her way and Robert Downey Jr his own. If that were all you were told about the film you would probably want to see it right? We would hope so at least.

Chef has gotten lukewarm (always loved that word) reviews in the UK so far and Written Mirror does not agree with them. The heart of the story is one most people should be able to empathize with. Who hasn’t worked in the sector they always wanted to but found themselves in a role where they weren’t allowed to flourish and reach their full potential? If you haven’t, you’re a very lucky soul and maybe this film would seem far-fetched to you.

Chef is not The Pursuit of Happyness (2006) nor does it try to be. The difference being that Jon Favreau’s Chef is a fully qualified and visible chef. His struggle is not the one of desperation that TPOH is. As such you can relax a little more and let the film unfold. Yes it does not elicit as much emotion that way but it is a light hearted and charming film. Similarly there is a father and son dialogue that can be touching at times but is certainly more charming.  What you do get in Chef is a man who is far from perfect professionally, emotionally and physically. His food is a metaphor for the person he wants to be.

The cast is minimal but loaded with talent. There will be no shortage of well-known faces but it doesn’t carry over into them being there just for spectacle (Russell Peters would be the lone exception to that statement). Jon Favreau who directed the film also stars as Chef Carl Casper (I like the three C’s). You also have the likes of Dustin Hoffman, Bobby Cannavale, Sofia Vergara, Oliver Platt, Russell Peters and the Iron Man franchise duo of Downey Jr and Johansson.

If there were a criticism that is warranted for this film it would be the certificate (15 here in the UK). Had Favreau forgone a few of the scenes and reduced the swearing this might have appealed to a wider audience i.e. PG/12A. However, it must have been a deliberate choice so with that in mind it is a minor critique.

How To Watch Chef

Chef will have your taste buds tingling, so if you decide to see it, some good advice would be to do so after being well fed (Ignore this at your peril). There is something very inspiring about the film. If this newbie to technology can grab a hold of the internet and redefine himself, what is stopping any of us from pursuing what we enjoy and rebuilding damaged relationships with the people we care about most along the way? This film evokes memories of the late great James Gandolfini. Whether intentionally or not Chef will make you miss the big guy. The narrative is one that anyone should be able to empathise with.  As such Written Mirror has no second thoughts in recommending Chef. 7.5/10 from us. 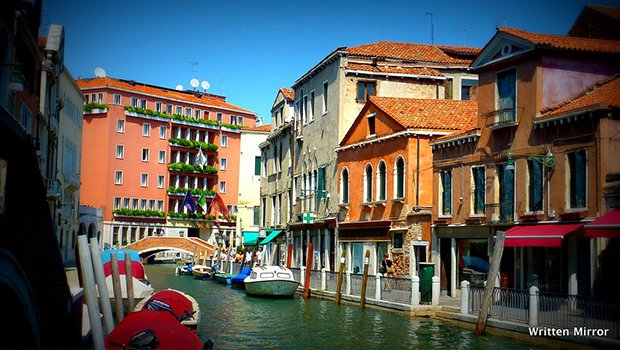