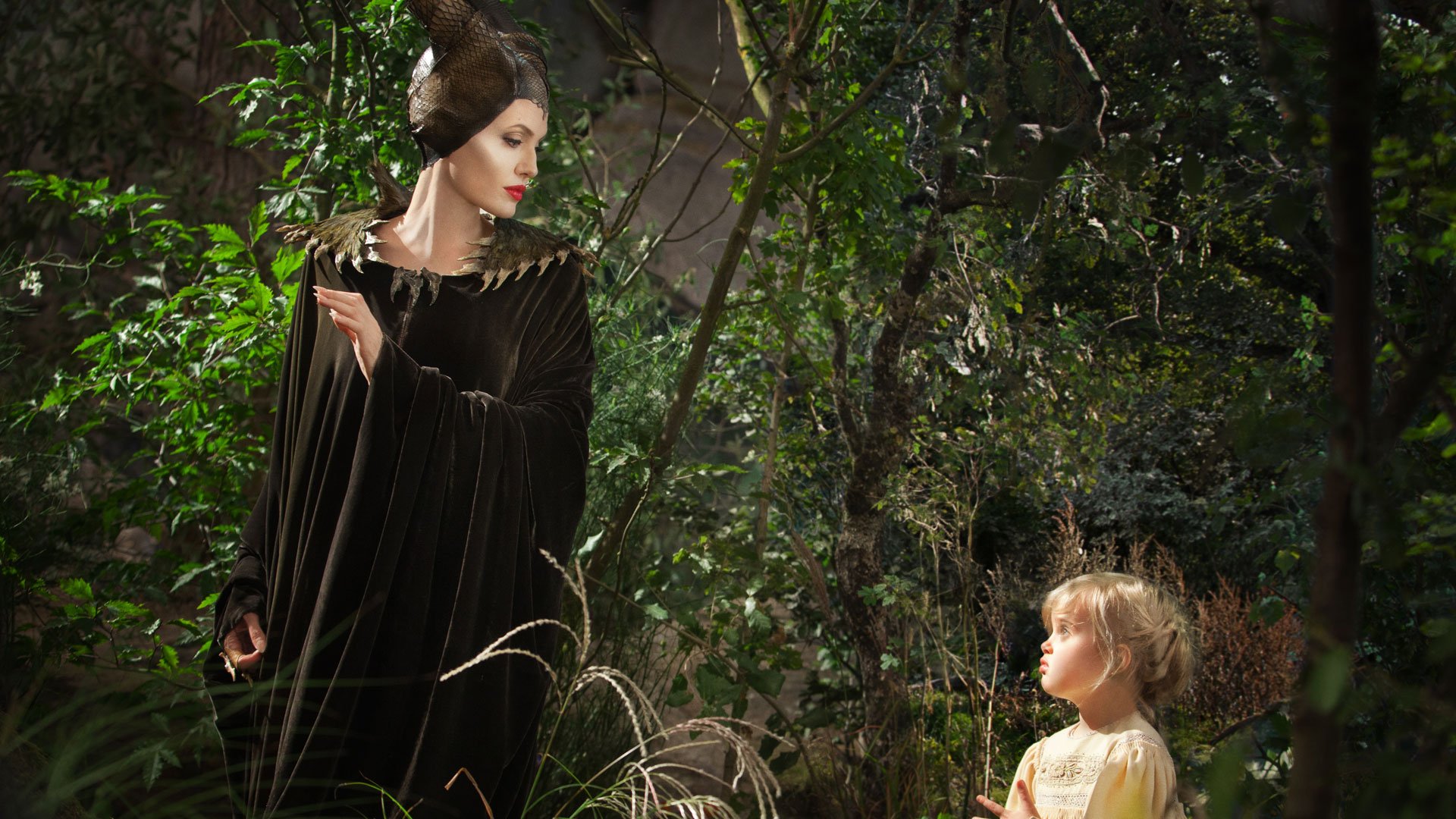 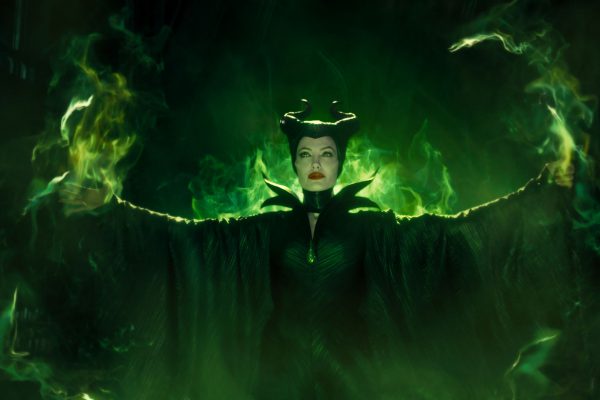 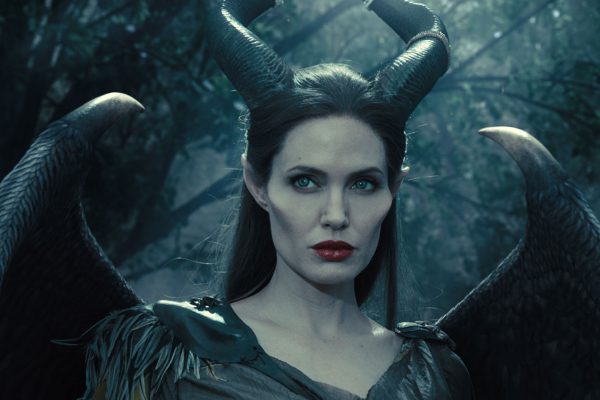 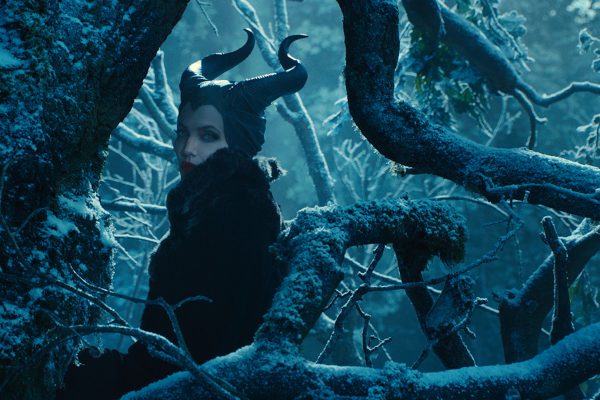 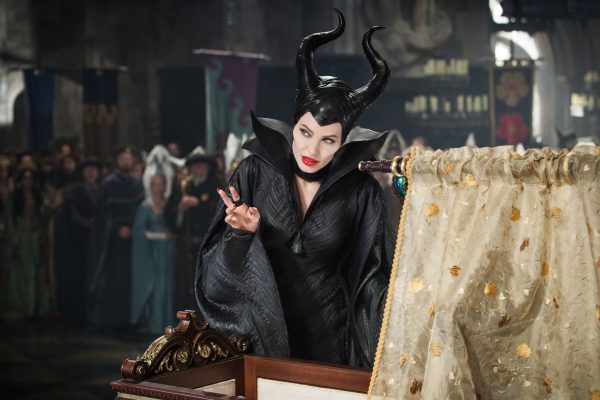 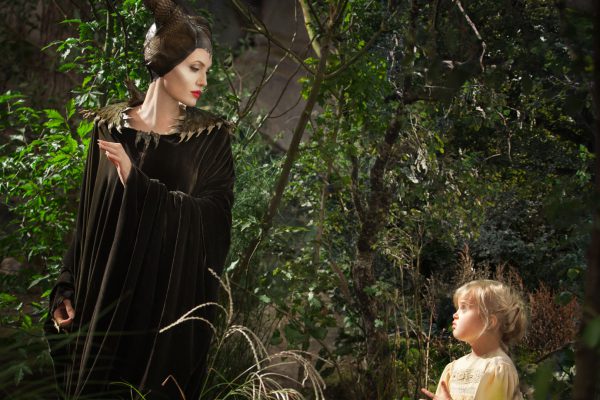 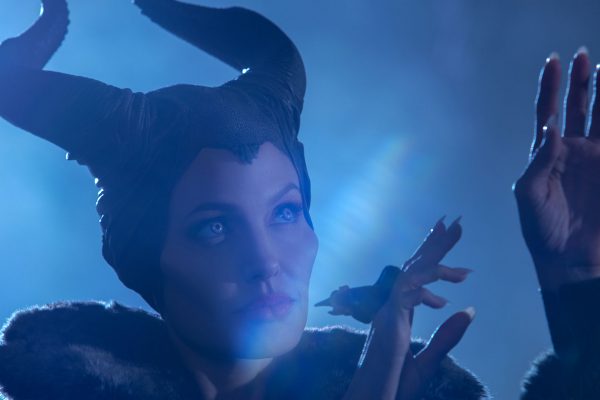 This is the highly anticipated live-action adaptation of Sleeping Beauty (1959) with the focus on the title character’s origin. The self-proclaimed Mistress of all evil (Maleficent) is played by Angelina Jolie whose look and performance should impress fans of the animated film. As was the case in Beowulf  (2007) Angelina Jolie has a face that lends itself well to playing the likeable/charming/seductive villainess. Extra cool points for being a mother who gets her child into the film (Vivienne Jolie-Pitt). Maleficent is a strong character that invites empathy instantly. She also has a penchant for vengeance (nothing overtly violent or unsuitable for children just mentioning her characters makeup), which makes her fascinatingly intriguing. The story of her wings is explained for those who were wondering.

The cinematography is consistently pristine, (with a budget rumoured to be around 200M nothing less was expected from Disney) but never in a way that disrupts the flow of the film, which is a brisk 97 minutes. The cast is a relatively small one and understandably so, as the film really suffers whenever Maleficent is not involved. Sharlto Copley was rather hard to believe as the man that Stefan grows into, as for one his accent couldn’t be further from his rather well spoken younger self. That was really the only cause for complaint in the 97 minutes. That and Aurora had no agency for the entire film. At least, nothing that would make her believable as the loveable person she was blessed to be by a pixie.

Overall Maleficent (2014) is a film that can be enjoyed with children without adults wanting to gouge their eyes out in submission. This film doesn’t overstay its welcome by exceeding the 2-hour mark unnecessarily as various other films (Need for Speed (2014) springs to mind) have been guilty of in recent times. Yes it could have benefitted from a few minor tweaks in terms of casting Stefan.  Aurora could also have contributed more.

Nonetheless, you will not leave the cinema feeling overly concerned about it. I can recommend this film with a clear conscience to anyone curious about Maleficent (2014). Perhaps having remembered her from the story or the 1959 animated Disney classic.  Anyone with siblings or children on half term can also be content with this choice. Finally, anyone who wants to avoid a crowded screen for X-Men this is a viable alternative 🙂 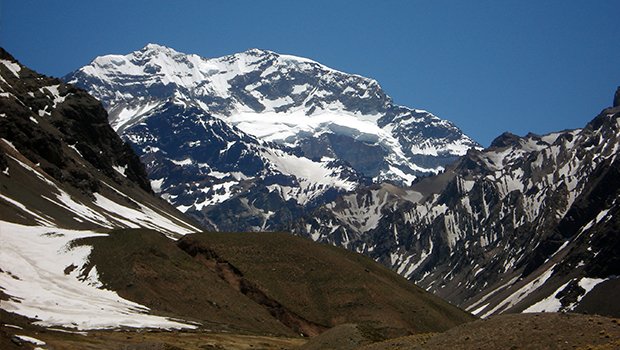